Mobile telephony has quickly established itself worldwide as an irreplaceable communication technology. Similar to smoking, however, possible fatal consequences can only become apparent after decades of constantly increased exposure to radiation.

The documentary THANK YOU FOR CALLING by Klaus Scheidsteger takes the viewer behind the scenes of international research, industrial lobbying and current lawsuits for damages in the USA, which are largely ignored by the media. The film traces obfuscation tactics of the mobile phone industry and accompanies the struggle of some scientists who have been researching in this field for years but have only recently begun to be heard.

The aim of this documentary thriller is to enable the more than five billion mobile phone users worldwide to form their own objective picture of the current research situation that is not coloured by the industry.

THANK YOU FOR CALLING not only investigates serious indications of possible health risks, but above all the question of why this research has so far barely reached public awareness. Using facts, insiders and exciting protagonists, the film reconstructs a large-scale strategy of the mobile phone industry. As the example of the car industry has shown once again, large industries are not interested in bringing objective measurement results to the public’s attention. This is always tolerated politically where billions in turnover and many tens of thousands of jobs are at stake. But the investigations of renowned radiation researchers show Mobile phone radiation can, under certain circumstances, lead to cell death and genetic damage in certain people.

In the USA, several claims for damages are currently pending against the mobile phone industry, which have been combined into the so called „Brain-Tumor-Cases“ at the Washington D.C. Superior Court. Brain tumor patients want to prove that the radiation effect of cell phone use is partly responsible for their illness. Documentary filmmaker Klaus Scheidsteger is embarking on an extensive research trip, in which he lets viewers participate in a mixture of TV archive material, re-enacted scenes and original encounters.

A document passed on to him is explosive: In the so-called “War Game Memo”, prepared by a US lobbying agency, the mobile phone industry was already given instructions in 1994 on how to deal with critical science worldwide. It contains a strategy to gloss over the current state of research and to trivialize findings.

Scheidsteger meets one of his most important protagonists in Washington D.C.: Dr. George Carlo, who, from 1993 to 1999,  directed the worlds largest research program on cell-phone safety to date.

Dr. Carlo’s industry-financed Wireless Technology Research project (WTR) received 28,5 million dollars to run a major research project that was to provide final proof of the health safety of mobile phone use. His customer: The powerful CTIA (Cellular Technology Industry Association). However, Carlo and his team did not find the desired results, but rather worrying effects: cellular responses that could lead to cancer. Dr. Carlo wanted to go public with his findings. As a result, he himself became a victim of the “War Game Memo” and an unprecedented smear campaign against his scientific integrity. Today, he advises the law firms involved in the lawsuits against the CTIA.

Dr. Carlo assembled a representative group of scientists from Vienna, Athens and Bratislava who identified potential health risks. The use of mobile phones is by no means as proven risk-free as the industry would have us believe.

However, the scientists are also looking for solutions and preventive approaches for consumers, as the technology has undoubtedly become difficult to replace today. But in a way, they all suffer a similar fate: because industry cannot admit to a problem, it defends itself with all its might against critical science. And so people remain part of a global field trial. 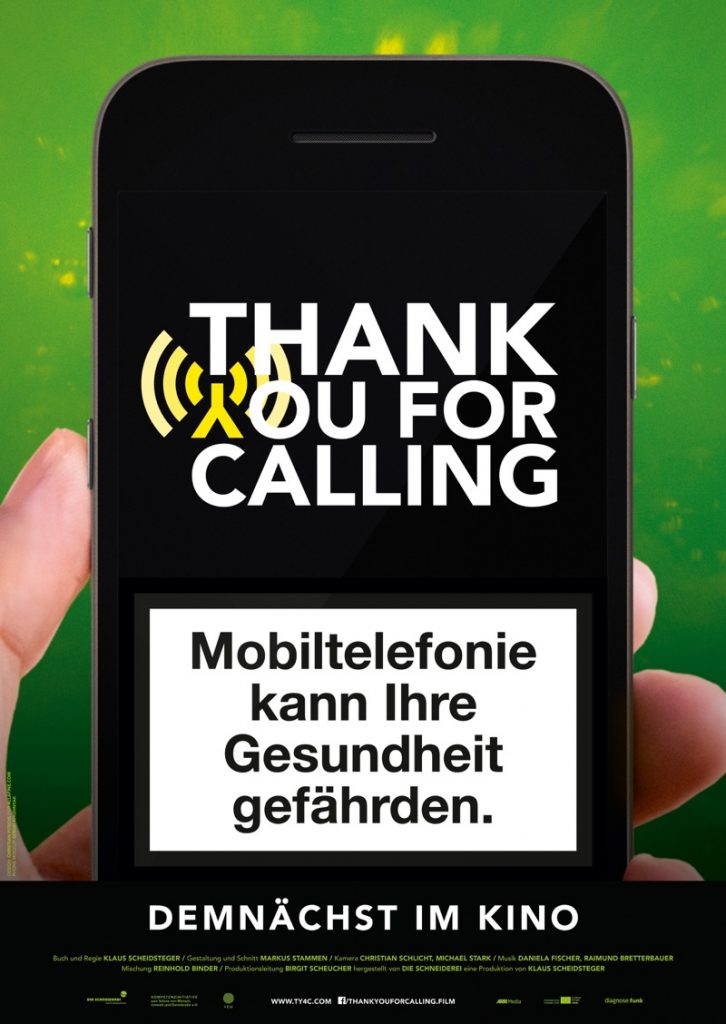